The ANC currently awards two annual prizes:
– The best project report by a student studying for the IOA’s diploma.
– The best paper written and presented by a young speaker at an IOA meeting

Both prizes run for the academic year (taken to be 1st September to 31st August) and are  awarded at either the ANC conference or the IOA Autumn Conference.  The values of the prizes are currently: best project – £200, best paper – £250. The prizes are of differing values to reflect that the best paper prize will generally be awarded to people already established in full time employment whereas the Diploma prize is, by definition, awarded to recent students. In addition to a cheque, the winner is also awarded an acoustics related book, of their choice (up to a value of about £75).

The IOA ensure that all students are made aware of the prize when starting the Diploma. When the Diploma project reports have been received, by the various centres that run the course, each centre selects one or two reports and forward copies to the IOA office. When the nominated reports from all centres have been received they will then be sent to the ANC for the ANC Board to read all the reports and select the prize winner.

The winner in 2021 was James Oatley, Cirrus Research

The prize is open to those under the age of 35 who present a paper at an IOA meeting as the main author. The prize will be judged on the written paper in the conference proceedings. The prize is limited to areas of acoustics covered by ANC members. Papers at meetings organised by the following IOA groups would be valid: building acoustics, environmental noise, measurement & instrumentation, industrial noise. However, papers at meetings by other IOA groups (musical acoustics, speech & hearing, underwater acoustics, physical acoustics) would be likely to be outside ANC members’ main interests. The electroacoustics group falls between the two categories in that papers on, say, loudspeaker design would not be valid but papers on electroacoustic applications could be valid. For other meetings (such as those organised by IOA branches) the principles of this guidance should be applied.

During meetings, the chairman of each session, should note down any suitable papers and pass them on to the meeting organiser(s). Immediately after the meeting, the organiser(s) should consider all the possible papers and nominate the best one to the IOA office. If there are several exceptional papers then more than one nomination can be made. The IOA office should make meeting organisers aware of the prize prior to their meetings and should chase them for nominations immediately after each meeting. After the last eligible meeting of the academic year (often before the summer) the IOA office will send a copy of each of the nominated papers to the ANC secretariat to be forwarded to the ANC Chairman. The ANC Board will read all the papers and select the prize winner.

The prize was last awarded in 2015 to Christina Higgins, Ramboll

Selection of the winners

In selecting the recipient of the best Diploma prize we look for dissertations that demonstrate that the author has a solid grasp of the acoustic issues involved and a deep appreciation of the scientific method. Authors should discuss an analysis of their work for technical weakness and in particular the accuracy of their measurements and its effect on the validity of their conclusions. The presentation of the material is also an important consideration and, whilst this should not detract from the content, a well presented dissertation will obviously be more appealing.

In selecting the recipient of the best paper by a young author the style of presentation will largely be prescribed by the IOA and is of less significance. All the other issues for the award of the best Diploma prize will apply to the selection process for this prize as well. In addition the paper will be viewed more favourably if it contains new or original work. The reason for this is that many conferences become tedious with largely similar papers being presented year upon year with little outstanding originality. It is the ANC’s desire to encourage original thinking in the areas of work covered by our membership.

Having selected the winner for each of the prizes, the ANC informs the IOA office of the chosen project / paper. The IOA will then notify the prize winners and invite them to a Conference to receive their prizes. 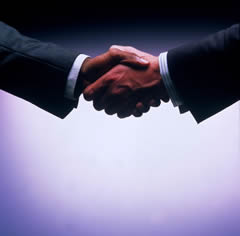