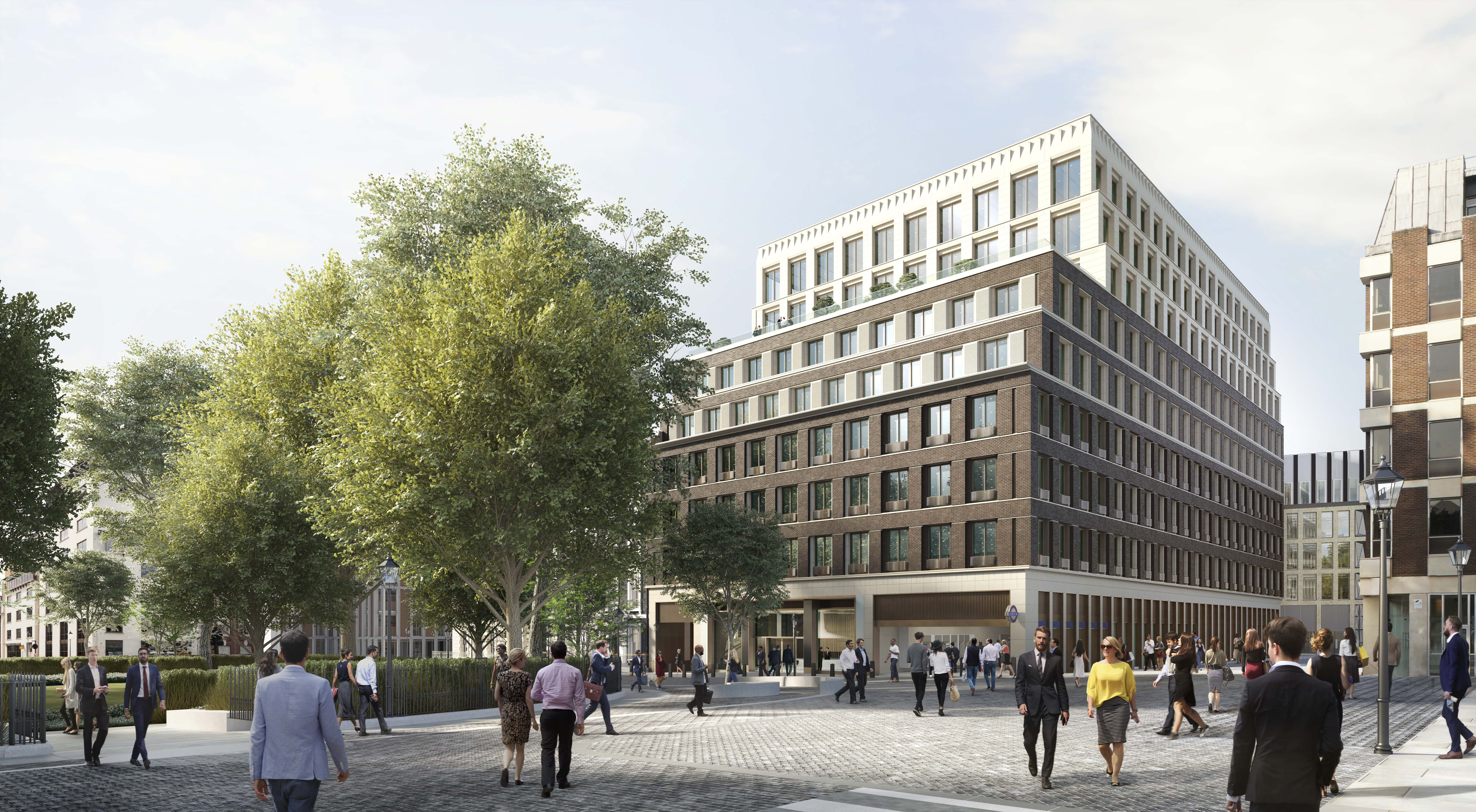 A generic study identified underground tunnel ventilation fans within the stations as a potential source of vibration and re-radiated noise in associated over station developments (OSD), due to the high sound pressure levels the fans generate when in operation. The developer at Hanover Square appointed the consultants to review vibration transmission into their OSD, given that the OSD in question was to be constructed off a concrete structure spanning from two basement levels up to first floor level, onto which a steel frame was to be built. The station in question contained two tunnel ventilation fans, one at basement -1 level and another directly below at basement -2 level.

The study was limited to only being applicable to a generic scenario for use to assess risk rather than to derive a definitive noise or vibration level and was based on a 2D Finite Element Model. It was determined that this method did not represent the scenario in question and would not provide confidence to the Client in respect of the impact of re-radiated noise, nor would it provide information to determine what mitigation may be required.
Findwave software was utilised but given the need to predict reverberant sound pressure level from a continuous source into an open plan office, in addition to cellular offices, the standard techniques could not be adopted. A bespoke method of evaluation was adopted by integrating the sound pressure results on the floor plate, surrounding surfaces and ceiling to determine the sound density from each radiating element over a given area. This approach was utilised for the open plan office environment, where the floor and ceiling were assumed to be radiating elements, and the response investigated with wall plates radiating, considering both heavy and lightweight walls. The investigation into an open plan and enclosed environment highlighted an increase of between 5 and 10 dB when a room is enclosed by lightweight partitions, depending on the frequency.
Upon completion of the fan rooms, in-situ fan room sound pressure levels were measured. These measurements were 17dB lower than the original predictions provided by the rail operator and were incorporated into the numerical model to increase its accuracy. The revised modelling outputs indicated that there would be no exceedance in the OSD.

FURTHER INFORMATION can be found here and the video is available here.

Integrating a live music venue within an office building was the challenge posed by this project. The building, part of the Kings Cross regeneration, follows a relatively conventional commercial office template. Universal Music occupy multiple office floors, located above retail units at ground and basement. The vision of the client (Argent) was to turn the basement unit into an exciting, new music venue. However, concerned that daytime sound-checks and evening gigs could impact Universal’s operations above, they needed reassurance that the dream could be realised.

The starting point was to make some noise. A concert-grade sound-system was used to generate very high noise levels in the future venue space. The bass could be heard as high as the 9th floor; which didn’t help Argent’s concerns! With the challenge laid out, noise control measures were developed. Consultation with Argent on noise intrusion limits, which needed to be agreed with Universal and future restaurant tenants, was key. With criteria agreed, multiple design proposals were developed, using Statistical Energy Analysis amongst other techniques, and presented to Argent to demonstrate that this ambitious plan could succeed. Proposals included floor and wall infills between the retail units, a full box-in-box construction within the main venue, and an additional floating floor within the restaurant. Collaboration and cooperation between two acousticians, working for both Landlord and Tenant, was pivotal in successfully incorporating the noise control measures within the design. Extensive modelling optimised the design to minimise constructions whilst maintaining acoustic performance. Having delivered the necessary acoustic quality for both Clients, allowing the venue to operate effectively unrestricted by noise whilst simultaneously allaying Argent’s concerns about possibly upsetting other tenants, ‘Lafayette’ opened in March 2020.

FURTHER INFORMATION can be found here and the video is available here.

The Solidspace concept for modern living is a split-level, open plan design which demands a new approach to acoustic design, as there are neither references nor literature describing desirable acoustic conditions in such a space. The acousticians drew on seminal soundscape principles to prioritise the acoustic issues for the users.
The consultants followed the core soundscape qualitative data collection principles of guided interviews and non-participatory observations, as well as reviewing user feedback from previous Solidspace developments. This approach prioritised users’ acoustic concerns and enabled the design to respond to these. Acoustic modelling and auralisation was used to communicate the acoustic possibilities with the developer.

The project locates a music teaching and performance facility on a very sensitive site, close to houses whose influential owners were concerned about the building’s size and potential noise nuisance. Given the planning sensitivity to building height, the consultants had to demonstrate the need for the ideal volume, height and shape of the performance space, using architectural precedents.

Starting with the ideal shape and volume allowed the acousticians to provide optimal concert hall acoustics with no absorption other than seating and audience, maximising the “Loudness” or Gain and hence achieving the maximum possible dynamic range. This approach requires very effective diffusing and scattering finishes on walls and roof to avoid strong room modes and flutter echoes. Working closely with the architect and structural engineers, an innovative modular system of visually striking, flat surface, diffusing finishes was designed which perform an acoustic, architectural and structural function both in the concert hall and in the large rehearsal / recording room.

This is Deloitte’s new flagship London HQ, housing 5,500 employees. Deloitte’s philosophy was that design could affect cultural change. The sound environment would be key to successfully operating the building; directly linking to the health, wellbeing, and productivity-potential for Deloitte people.
The ambitious aspiration to create this new type of inspirational workplace presented multiple challenges; demanding a willingness to embrace fresh approaches, original thinking, and the need to scrutinise acoustic quality beyond conventional guidance. From this new kind of collaborative design and delivery process, innovation ensued and knowledge was gained; information that can positively feed into the creation of modern, acoustically-optimised, workplaces.