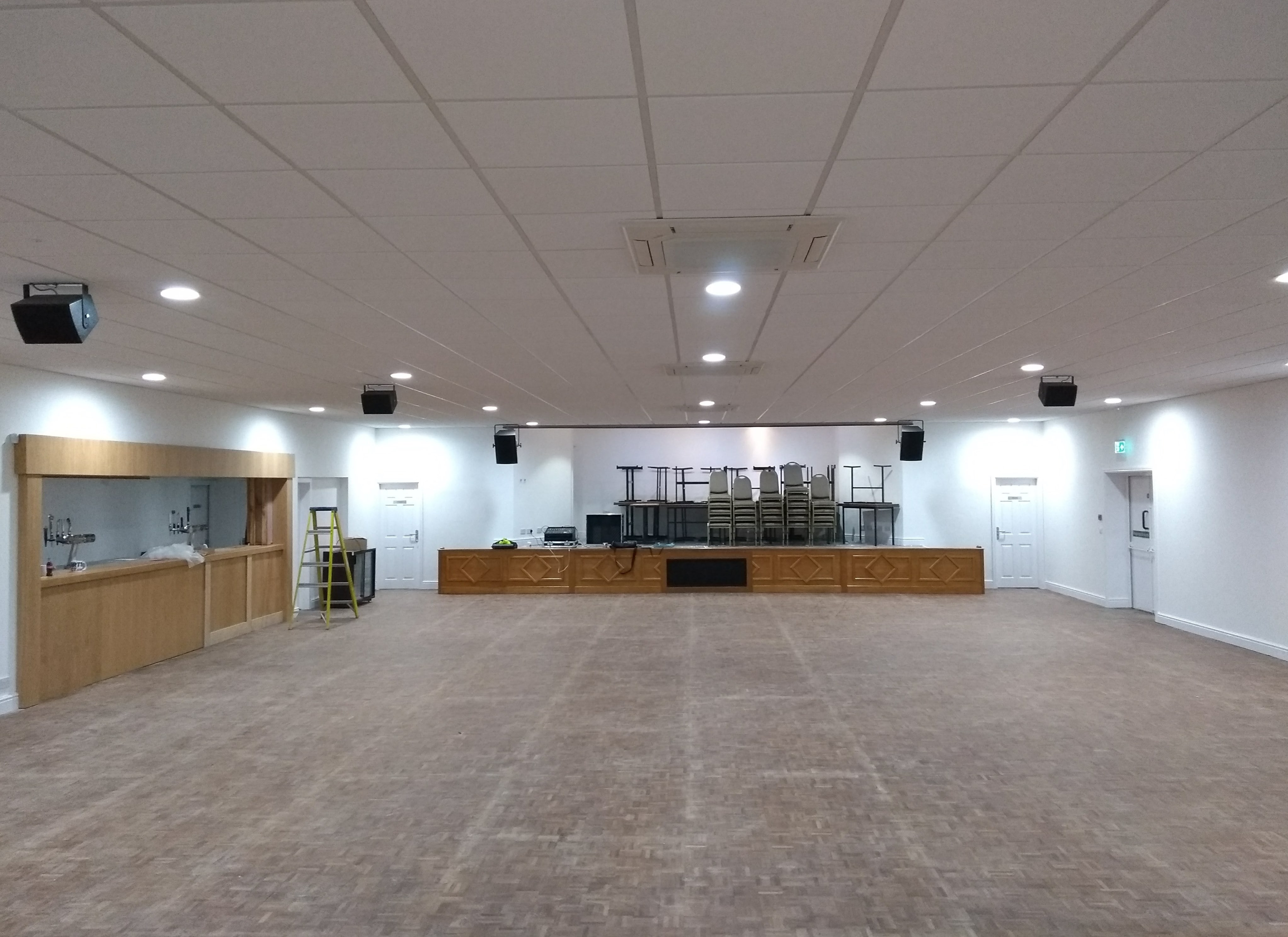 Planning permission was sought for a residential development on a site adjacent to a sports and social club venue with a long history of noise complaints from existing neighbours relating mainly to entertainment noise. Refusal was initially recommended as the EHO had insisted that appropriate internal noise levels within new dwellings must be achieved with open windows, which would not have been possible. The Client agreed to undertake remedial works on the venue (under a Section 106 agreement) to achieve an appropriate indoor noise level within new dwellings with open windows and thus secure planning permission.

The Local Authority made it clear that a satisfactory acoustic outcome was going to be a key driver in its decision regarding planning permission for the proposed development. The insistence of achieving appropriate indoor noise levels without relying on an alternative means of ventilation to open windows was challenged by the acoustic consultant but the LA would not concede on this issue. The only way to progress was to look at treating the venue rather than the dwellings.

The acoustic consultant liaised between the Client, the Local Authority, club, contractor and existing neighbours. A holistic approach included: benchmark sound insulation testing; enhancing the building envelope; addressing all significant transmission paths for noise out of the building including the provision of acoustic lobbies and enveloping the poorest performing sections in masonry. A bespoke ‘tamper-proof’ sound system to control levels was also included.  The acoustic consultants have enabled the existing social club to continue whilst the need for new housing has been met.  A good range of acoustic disciplines have been applied along with management of expectations.  It is a good illustration of the type of work which ANC member consultancies undertake regularly and shows the range of skills required on a smaller project.

The new Royal Birmingham Conservatoire delivers state of the art, world class instrumental music teaching, rehearsal, performance and recording facilities. Designed to elevate Birmingham City University’s musical educational offering, the aim was for a facility to truly inspire the next generation of the world’s finest Classical and Jazz musicians. Client expectations were high, so this unique and innovative building demanded a ‘tour de force’ in acoustic design, including very high levels of airborne and structure borne sound insulation, varied and exacting room acoustic conditions and ultra-low building services noise. Located on a small parcel of land, adjacent to a dual carriageway, with future proposals for a new tram line, challenges were evident from the outset.

During the tendering process the consultants proposed that, in the interests of the controlling project budget and mitigating design risk, and also in view of the short construction programme for this complex building, they should be retained as overall ‘project acoustician’ representing both client and contractor interests. This helped expedite both the decision making process and the resolution of issues on site, and allowed ultimate control of the acoustic quality of the completed building. This pragmatic agreement between client and contractor was key to the successful completion of the building.

The judges recognised that high profile projects inevitably stand out but this is offset by the high expectations of this project, the existence of multiple venues within the building and a contractual arrangement allowing the acoustician to act for the project as a whole, which all make this unusual. They were pleased to see testimonials from users and that the facilities had been booked for both TV and Radio broadcasts.

The project was a challenging, constrained refurbishment of an existing steel frame building with an existing, retained and reconfigured commercial gym at basement, ground and first floors, and the creation of 49 new luxury apartments. It required the implementation of an isolated box-in-box solution, and whilst that concept had been seen before, the pioneering design approach involved working within the constraints of the existing building to deliver the client’s expectations in terms of sound insulation and acoustic comfort.

Early instruction allowed thorough investigation and identification of the potential acoustic risks associated with the gym’s proposals at the outset. Alterations to the future layout of the gym were not feasible nor would there be any workable restriction on the noise levels generated in the commercial space beyond that already in place. The team eventually agreed to remove the existing second/third floor slab and replace with a two-storey isolated box comprising a 150mm cast-in situ slab. The centralised atrium space, throwing up countless interfacing scenarios and a mixture of existing and new steel frame elements needed to be used to support the box whilst maintaining the isolation of the fabric elements to achieve the required separation. Close collaboration with architect and structural engineers, led to the development of a hanging corbel detail with isolated fixings to maintain the independence of the box.

The judges liked the use of auralisation to establish the extent of the mitigation and identify areas of the building requiring attention.  They were impressed by the decision to remove and rebuild the slab and noted that the Architect said: Clarke Saunders’s support has been fundamental to the realisation of a number of extremely challenging architectural ideas – in particular in relation to the ‘box-in-box’ concept which was the key feature of this project.

Conversion of this former office building to affordable private residential with minimum internal areas for living standards was only financially viable if the thickness of the Part E compliant party wall construction was kept to no more than 135mm. The consultants believe this to be an unprecedented technical brief for a residential development. They convinced the client that risks could be mitigated by use of pioneering engineering design tools and a collaborative approach.

The project features a bespoke drywall system, and through innovative design, reliable prediction software and collaboration a partition system as thin as the length of an iPhone5 was developed to meet the performance standards. As the partition construction had never been tested before, the consultants had to estimate performance and mitigate the risks associated with flanking and quality of workmanship. As well as the technical challenge applying innovative thinking to sound insulation design, the consultants also had to convince the commercially driven client of the pioneering design and of the need for a collaborative approach to construction.

The judges were impressed that in a field where a standard method is the obvious solution, the consultants had worked with the construction side demonstrating innovation and tackling complexity. This was a very neat solution which achieved the result and must have involved flawless onsite monitoring and inspection.

This project illustrates a ground-breaking approach to solving the problem of noise from nightclub smoking areas. The modelling techniques, solutions to controlling noise break out through doors, and control of noise from patrons in the smoking area have the potential for wide application in addressing this perpetual problem.  The consultants took room acoustics modelling methods and applied them to environmental noise propagation, appreciating that understanding the limitations of using the software in this manner is key to its successful application.

A novel approach to reducing noise generated by patrons in the alley was adopted by having a walk-through attenuator in front of the doors, sound absorption on the walls and rafts above the alley.  The concept is an extension of a “sound lobby”, but built entirely externally within the alley due to space constraints inside the building.  The smoking shelter guidelines were re-evaluated to enable design of compliant spaces capable of providing acoustic screening.

The client said: ”We had tried everything we could think of to reduce the noise but could not stop the complaints from the residents. Apex Acoustics came with a scientific approach to understanding the problem, and totally out-of-the-box solutions that we would never have thought of. “

The judges recognised that this addresses a current issue with an innovative approach to a significant problem. It was a clever approach to take indoor noise modelling and use it outdoors and then design sound barrier and absorption panels to cope with the noise.